The 2010 Soccer World Cup came to an end on Sunday night and I must say I have mixed feelings about the series. Let me state for the record that soccer is not my cup of tea. I like to see a result in my sporting contests and quite frankly, I find the concept of watching two hours of too-ing and fro-ing for a nil all draw rather boring. It is no wonder that there are riots. Sitting in the stands all day, drinking warm beer and leaving drunk and frustrated is bound to result in a case of ‘The English Disease’. Its not just the yobbos from the UK who wield the wooden cosh. Over the years there have been fighting in Argentina (Cordoba – 2002 World Cup), Italy (Rome – 2004, Turin – 2007), Belgium (Brussels – 1985), Ireland (Dublin – 1995), Switzerland (The Disgrace of Basel – 2006), France (Bordeaux – 2008), Russia (Moscow – 2002 World Cup), Germany (Dortmund – 2006) and many, many more. Even Australia has had issues although not as violent as those stated above.

Hooliganism goes way beyond spontaneous riots. Clashes between rival gangs, or ‘Firms’ as they are known, are often organised to take place at pre-arranged locations. Wikipedia has a list of Hooligan Firms from around the world http://en.wikipedia.org/wiki/List_of_hooligan_firms some of whom have featured in literature and movies about organised soccer violence such as Ultrà in 1990 and The Football Factory in 2004.

There is plenty of debate as to what makes a soccer hooligan. Certainly alcohol plays a part but it is not always the main contributor. Racism has been blamed by many sections of the media whilst others have suggested that confrontational policing has fueled the fires – see the Football Industry Group fact sheet published by the University of Liverpool.

Some have also proposed that the “game of football has been associated with violence since its beginnings in 13th century England.”- Social Issues Research Centre UK. But does that make it right, or even acceptable?  I’m not claiming to have the answers but perhaps a simple widening of the goal mouth to allow some points to be scored might help. A little less theatrics by some of the players might improve the spectacle as well (hands up all those who think Tim Cahill looks like a twat when he spars against the corner flag after scoring a goal?).

Thankfully this type of antisocial behaviour is on the decrease (fan related violence that is, not the ham acting) and in spite of my obvious prejudices toward the game I do have some memorable soccer moments. 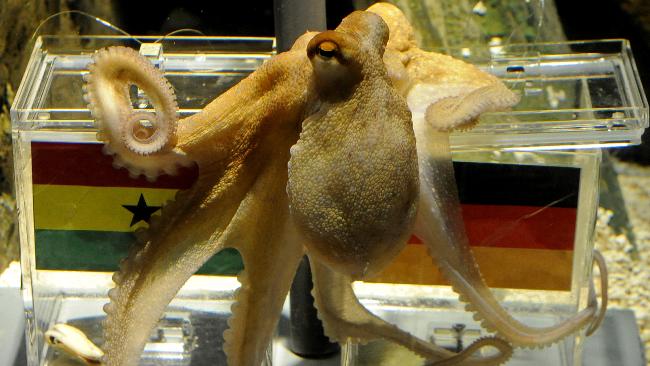 Paul the Psychic Octopus Picks The Next Winner

My top four would be:

1.) When my son kicked his first goal in the Pagewood FC Under 10s. Steve Martin’s performance in Parenthood had nothing on my sideline antics that morning. They went on to win the grand final that year and I got to run the lines.

2.) The afternoon I spent with my brother-in-law in a noisy Berlin pub as the local team lost narrowly to the visitors. Although there was not much English spoken the atmosphere was warm, the locals friendly and the beer was fragrant and flat – with a somewhat serious kick 😉

3.) I was there at Telstra Stadium in 2007 when David Beckham bent one in from the corner to score his only goal in Australia. More than 80,000 people witnessed that moment and watched as Sydney FC went on to beat LA Galaxy 5 – 3.

4.) Australia’s performance at the 2006 World Cup where we showed the world that we can do more that supply talent to the European sides.

For me the 2010 competition highlight reel offered a lot of excitement and intrigue accompanied by the deafening hum of vuvuzelas and an octopus with the foresight of Nostradamus.

I say ‘highlight reel’ because with Australia beginning our campaign on the back of a 4 nil drubbing by the Germans (with some questionable refereeing I must add), well my resolve to get up at 4:30 in the morning was somewhat diminished (Don’t give me that look. I have a family and small children don’t care if daddy was up all night watching television.)

I loved the pinball style effort from Denmark when they scored the first ‘own goal’ of the tournament and I’m sure that when Maicon slotted that beauty against North Korea from such an obtuse and impossible angle the streets of Rio erupted into an impromptu Carnivalé.

Diving is still a big factor in the game. The Italians did it to the New Zealanders in a display reminiscent of Fabio Grosso’s famous penalty against Australia in 2006. In both instances the southern hemisphere sides were robbed of victories. In my opinion this is blatant cheating and its about time that FIFA implemented a video review system.

Penalties played a major factor for many sides. Asamoah Gyan hit the crossbar in extra time, which resulted in Uruguay wining the eventual shoot out 4 -2. However, the most devastating penalty was the one that put Paraguay out of contention and Larrisa Riquelme, the model with the remarkable mobile phone pouch who promised to run naked through the streets if Paraguay won, was let off the hook. 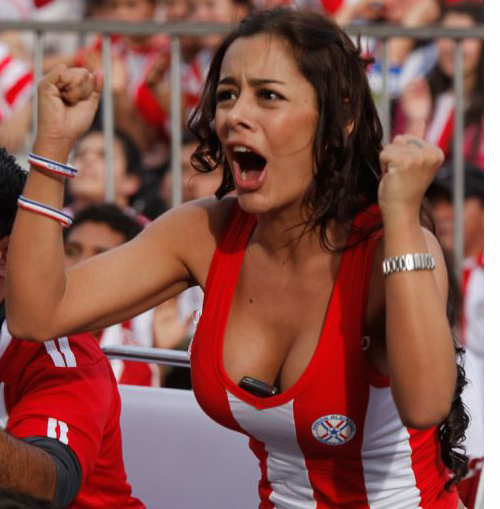 But it was Iniesta’s solitary Spanish goal in the 116th minute of the final that was the most climactic. It was not a particularly fancy strike of the ball but the lead up was superb. The Dutch had defended well all day and showed no signs of cracking despite Spain having some eighteen shots at goal. Frustration must have taken its toll though as their play became more niggling and spiteful which drew nine yellow cards and an eventual send off for John Heitinga midway through the extra period. As Spain held the trophy high Nelson Mandela appeared on the field, putting a familiar face to South Africa’s national pride as Shakira ‘Waka Waka-ed’ her backside along with hundreds of other performers at the closing ceremony.

Unfortunately the Socceroos average of one win, one loss and one draw was not good enough to qualify but I was very impressed by the kiwis three draws for their first ever visit to soccer’s world stage.  The All Whites have gone from unknowns to heroes with an undefeated World Cup campaign. I for one would love to see a regular match between the All Whites and the Socceroos played yearly in a style akin to the Bledisloe Cup. Surely this would boost the competitiveness of both sides leading into 2014.

One final comment, I hope you all will spare a thought for the 74 people killed by terrorists in Uganda as they watched the World Cup final. This is a despicable, cowardly act perpetrated by the lowest form of humanity.