Should you be embracing social media?

There’s no argument that social media sites such as Facebook, Twitter, YouTube, WordPress etc are growing in popularity day by day but to what extent are Australians getting involved? According to Nielson’s 2010 Social Media Report released in March there were 9 million Australians interacting regularly via social media with Facebook as the main platform. Twitter’s audience expanded by more than 400% in 2009 but perhaps the most important statistic to come from this report is that nearly two in every five online Australians are interacting with companies via social networking sites.

So who’s out there? 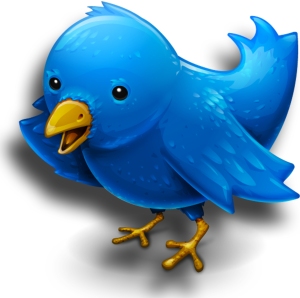 The ABC News site reported in February that Australians were leading the world with an average of seven hours per month spent on social media sites. Source ABC News

That’s a lot of disposable income investing their time online.

AdNews reported in April that almost half (47%) of businesses have shifted marketing spend from print to social media. The online survey of 347 Australian businesses found 70% intend to conduct some form of social media activity this year, compared with just 40% in 2008. And it is not only print taking the hit. The survey found significant proportions of businesses are diverting funds to social media from direct marketing (33%), online/digital (26%), TV (15%) and radio (14%). Twenty-one percent of big businesses and 40% of SME’s will expand their marketing budgets in 2010 specifically to fund social media. “In the past year, there has been substantial growth in the number of consumers engaging with companies via social media,” Nielsen online research director Melanie Ingrey said. Australians lead the way in social media adoption with 86% reading online consumer product reviews and 75% belonging to some form of social media. Two-thirds (61%) of businesses already use social media to achieve brand building, however, 29% do not measure ROI from social media activity or don’t know how to. This lag in measurement is a barrier to entry for many businesses, however Ingrey said it is an “easy fix” and predicts a huge rise in adoption rates of social media in the next year. Source: AdNews Online, 21 April 2010

Social Networking On The Road

The exponential uptake in mobile technology will have a profound effect on the way products and services are researched and consumed.

Back to the question, should businesses be embracing social media?

With almost 7,750,000 wage earning Australians currently engaged in some form of social media the answer for most people should be a resounding ‘yes’. Like all marketing activities though, you need to develop a strategy. Make sure you ‘tweet’, ‘blog’ and update your Facebook status regularly. Set measurable objectives such as increasing traffic to your website or improving your ranking in search engines. Share your news, views and knowledge with your audience, don’t just go for the hard sell. Most importantly, be honest. The global social network is an incredibly large organism and the old adage that ‘bad news travels fast’ is especially relevant.