In Australia there are three main commercial television stations, all of whom have subsidiary country-based, high definition and secondary channels for those that want to think they are getting a choice in viewing. We also have one Government funded station, our ABC. The Global Financial Crisis shook the foundations of every world economy and even though Australia came out of it pretty well, the coffers are vastly depleted for quality programing by our non-commercial entity. When faced with the prospect of losing Dr. Who, Sesame Street and Thomas the Tank Engine to their ad-spewing rivals, the Board of the ABC had to react quickly and decisively. What they came up with was a game show.

But this was not to be any ordinary game show full of fifteen minuters desperate for their little slice of fame and fortune. No! This was to be an intellectual extravaganza, the likes of which have never been seen before. A panel of elite judges were assembled from World Book Encyclopedia, Macquarie Dictionary and Mensa to provide the credentials the Board members wanted. Invitations were sent to the best and brightest minds from Australia’s leading Universities including Sydney, Monash and Mount Buggery (its a real place, look it up) and the whole shebang was headed up by the suave and sophisticated Mr. Roger Roget – no relation to the man that invented the thesaurus. 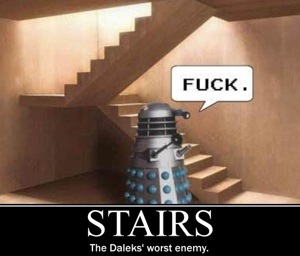 For the first time in the ABC’s enigmatic history, this bastion of culture and purveyor of boring British programming allowed commercial advertising to blight its lustrous landscape. Major international businesses were falling all over themselves for the three prized slots in the hour long cerebral spectacle, and the cash was flowing. Celebrities graced the red carpet on opening night, popping champagne corks with dignitaries, visionaries and luminaries. Big wigs, big shots and big guns all sat around patting each others backs and congratulating themselves on a job well done, even though the show had not yet got underway. The circus was surreal.

Finally it was time to put up or shut up and as a hush fell over the audience Roger Roget explained the rules.

“Ladies & Gentlemen, welcome to ABC Studios for the first ever edition of, Mind Games.”

The crowd were hushed yet totally in thrall as their illustrious host continued to elaborate.

“The rules are simple. We invite one lucky participant from the audience down to the stage to give us a word that does not exist in the English language. If they can use that word in a sentence that makes sense then they can go one to compete for some fantastic prizes.”

Now this is where I come in. I never actually found out how I got an invitation to this scholarly soiree but there I was, three rows from the front, when my name got called out.

Worse still, I’ve never thought of myself as a wordsmith with the real English language, so making something up was going to be a challenge. Roger introduced me to the audience, the panel of experts and then the pressure was on.

“And how do you spell that.”

A flurry of activity ensued from the learned jury sitting in judgement of my performance. Papers rustled, book spines cracked and eventually they delivered the verdict of ‘not guilty’ to garn

“Well Matthew, now is the time to use your word. What can you tell us about garn?”

I looked at the crowd, nodded to the committee of experts, faced the camera with the steady red light and said,

Well, the crowd went into an uproar, Roger Roget fainted and some security heavyweights proceeded to manhandle me off the stage and out into the alleyway behind the studios. The ABC programming director quickly threw up the test pattern on all the screens around the country and the Prime Minister of Australia called the Board directly to convey her concerns. It was a sight akin to a Jerry Springer show, without the violence and nudity.

After twenty minutes the calm was restored and the test pattern made way for the contrite countenance of Roger Roget, still clutching a little jar of smelling salts.

“Ladies and Gentlemen, on behalf of everyone here at the ABC please accept my humblest apologies for the language used by our previous guest. Unfortunately some people are just not couth enough to associate with high society, but we feel confident that the riff-raff have all been ejected and that the shown can go on.”

The crowd clapped pensively. Their ears had been assaulted once and the were not entirely convinced that continuing the program had merit. The programming director knew this would be the case and decided to call on an elderly gentlemen with a long manicured beard and a kind grandfatherly face, to be the next contestant. As he arrived on stage our hero with the microphone continued his waffling.

“Tell me kind sir, what word would you like to use today?”

The usual suspects in the judiciary quickly pawed over their documents and confirmed that, aside from being a pirate in the story Peter Pan, the word smee did not exist in the English language. Roger had regained his composure and was determined to get the show back on track.

“Well sir, please use smee in a sentence.”

I stood bolt upright, cast my walking stick aside, yanked the fake beard off my face, stared at the camera with the steady red light and proudly exclaimed,

One thought on “Smee”