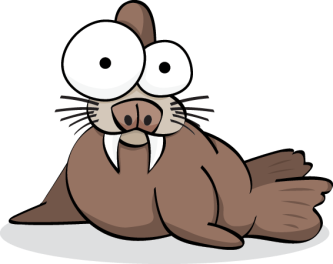 Or so said the eccentric mystic from the movie ‘Jewel of the Nile’ as he, Joan Wilder and Jack T Colton fled across the desert, pursued by Omar the charming, yet ruthless dictator. I often wonder the same thing in the twilighty minutes before sunrise as I dodge past garbage trucks, lonely taxis and yapping dogs.

For several weeks now I have pounded the pavements and parklands of Botany in an effort to get fit and lose some of my well-earned middle age spread. It was a conscious decision I made late December when my talking scales told me I was the perfect weight, for a bull walrus. As I frisbeed my digital tormentor out of the bathroom window I turned to look into the mirror and realised that the computerised jester may have been right.  With Reeboks on my feet and an iPod strapped to my arm, I took to the street to rid myself of the unwanted kilograms.

Initially the going was tough and waking up at six am was the first obstacle to overcome. My friend the ‘snooze’ button got more of a workout than I did in the early stages. Eventually though I managed to convince myself to move the alarm clock across the room, thus forcing me out of bed to make the beeping menace stop.

Being a man who doesn’t need directions and has never read an instruction manual, meant that there would be no ‘taking it easy’. So what should have begun with a brisk walk was more like a heaving plod as my forty something body tried to convince itself it was still only eighteen. Then I arrived at the park, six hundred meters up the road, and promptly coughed up my left kidney.

The first lap hurt. My shins ached, my knees creaked and my lungs were on fire. Luckily though there were other people in the paddock so I had to keep pushing myself to save face – foolish manly pride. A brunette with a short bob-style haircut ambled towards me. We smiled, waved and said ‘hi’ as we passed. Running in opposite directions meant that we would see each other five more times during the course of the three laps I intended to do. I wondered who would bail out first.

A bald blur shot past me at a great rate of knots. This guy was short, stocky and incredibly fit. I briefly entertained the idea of using him as my pace car but when I realised that he has run almost one hundred metres in just over ten seconds, I reconsidered. Minutes later he was gone from view and my new brunette friend was jogging up to me for the second time. Once again we managed a couple of words of encouragement in passing.

Rounding the third corner of the park I ran into an unexpected obstacle. Between two Norfolk pines a spider had decided to set up base camp. It’s sticky web, encrusted with half-sucked bodies of captured cabbage moths encased my head, shoulders and torso. Arachnid excreta and mummified moth has a uniquely pungent flavour that inspires a strong gag reflex, but it was the frenzied removal of the gluey fibres and not the retching that brought about my undoing. A large tree root leapt out of the soil, grasping my ankle as if it were one of Tolkien’s Ents, and threw me down onto my face.

I struggled back to my feet, spitting sod as I stood and began the second round.

Thankfully no one had seen my face-plant, or my erratic behaviour with the spider web, so I was able to resume my regimen with little embarrassment. The bobbed brunette toddled toward me and as we went to exchange pleasantries her eyes shot open in horror. Bewildered by her response I began to check my body for signs of damage. Sure my shirt was dirty, but that wasn’t enough to elicit such a response. I wasn’t bleeding from my fall and all the web had been removed, or had it. I ran my hands through my hair and felt what I though was a squash ball attached to my head. With a dawning comprehension of what was happening to me, eight hairy legs proceeded to run down over my ear and onto my neck. It was a humongous, grey orb weaver’s nest I had violated and now he was extracting his revenge. The spider crawled under my shirt and started down my back where I could not reach him. Thankfully they are harmless but that doesn’t stop the fear. Once again I was on the ground, this time rolling left and right frantically trying to squish the fuzzy molester. I felt his insides smear themselves across my lower back and was relieved – shirts can be washed.

Returning to my run was a little more difficult than my previous interruption. The iPod had suffered its last indignity and was refusing to play anything at all and to make matters worse I failed to notice the huge, steaming pile of dog poo in the grass ahead of me until my right foot was planted ankle deep inside it. The alleged culprit was a large white poodle being walked by its elderly owner – who just so happened to have the same permed hairstyle (its amazing how some people grow to look like their pets). Luckily for them they were over on the other side of the park and out of reach of my verbal abuse.

The brunette shuffled past once more. No words were exchanged this time but I could see her face desperately scanning me for any trace of the spider.

The pain was excruciating. Muscles I didn’t even know I had were burning with lactic acid and my eyes stung with sweat. I could no longer hold up my arms and my jaw hung open, allowing the little swarm of gnats I had just stumbled through to fly down my throat. They tasted rather tangy and slightly more piquant than the spider web.

The brunette and I passed each other once more. There was no wave, no hello, no acknowledgement of any kind. Just two exhausted souls trying to convince their bodies that no pain really did mean no gain.

Just as I considered quitting the run and talking the long walk of shame back home, a young blond caught up to me from behind and ran by. She had short blue bike pants, a white midriff top, and boy could she move. Instinctively I kicked my pace up a notch. Stupid, stupid man. Three strides later I was barking like the marine mammal my bathroom scales thought I was and I’m sure the council workers painting the lines on the football field heard my lungs burst.

That was it. Two and a half times round the park was the best I could do. My knees felt like jelly and my stomach wanted to barf, but I had begun the journey to fitness and weight loss.

Four months later and I’m running at least three times a week. I have given up fried, fast and junk food and lost over eleven kilograms. I feel fitter, happier and more alert (most of the time) and there have been no more spider, dog poo or Lord of the Rings incidents. I never did catch up to the blond hottie or the bald dynamo, and none of my clothes fit me anymore, but these are minor inconveniences for the improved quality of life I am enjoying.

You should try it 🙂

21 thoughts on “iDad’s Guide to Fitness”